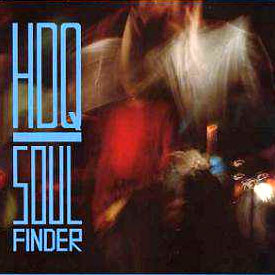 HDQ were one of the leading lights of the UKHC scene in the late 80s and early 90s, and one of the first bands alongside the likes of SNUFF to embrace the more melodic US hardcore approach of bands like DAG NASTY. Now their back catalogue gets an exhaustive and extensive re-issue as part of THE BOSS TUNEAGE RETRO SERIES. Still hugely influential today, 75% of the Sunderland based band went on to become members of UK punk legends LEATHERFACE. HDQ’s third and final album “Soulfinder” from 1990 has not been widely available for well over 15 years, and never commercially released on CD before in the UK. Here it has been re-mastered, with full and detailed liner notes from bassist Rob Bewick, and features 19 previously unreleased tracks on any format, including the bands second session for the John Peel Show as well as the original recording of the “Sinking” album with original drummer Lainey that was shelved when he left the band, plus a live recording of the song “In My Thoughts”, the only track the band never got round to recording in a studio.