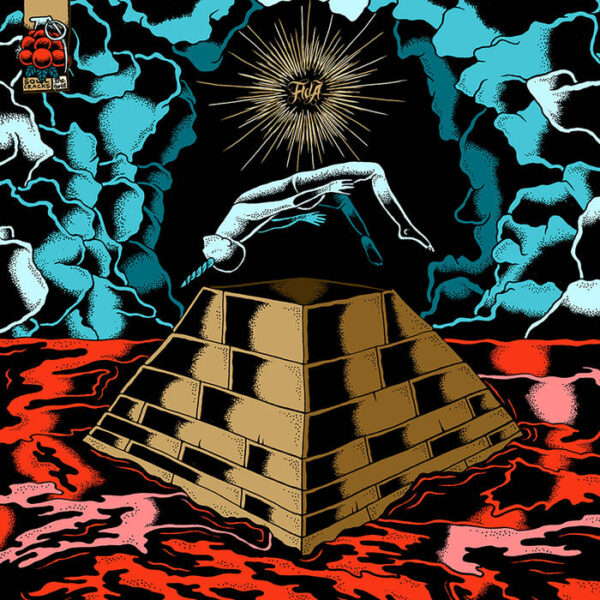 The relationship between The Underground Fraction and Håll Det Äkta is really special. Before we even had a name for this label we were talking about how cool it would be to release Håll Det Äkta. Said and done, we started the label, launched the website and then we contacted the band. A couple of months later we released the 090 LP as our very first release. It really was the best start this label could ask for. As release number two on the label we put out their Sabotage LP. Shit has been moving fast since then. Unfortunately Håll Det Äkta have decided to call it quits. We will make the circle complete with the full length Soul Cracks the Gold which was due to be released last summer. Soon everyone will finally be able to grab this masterpiece for real.

This is their final album and we are extremely happy to be a part of this. And it will end with a bang! What about clear white vinyl with blood splatter, gatefold cover and poster included? All wrapped up in amazing artwork by the talented frontman Marc Strömberg. What about the music? Ironically the band sounds hungrier than ever on Soul Cracks the Gold. As always they do their thing and are never afraid to think outside the box. For the first time ever all the lyrics are sang in english, which is both a bold and cool decision to make from a band that are known for singing in swedish. Soul Cracks the Gold is more straight on and less experimental than their last record. Still hardcore. Still speaking their minds. Still keeping it real. Expect this to be no less than a powerful goodbye from the Umeå Hardcore heavy weights.

For fans of: Håll Det Äkta and Umeå Hardcore!