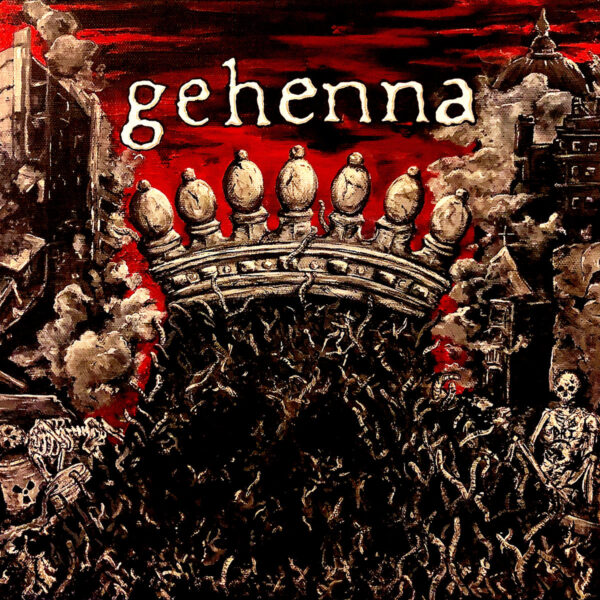 Formed on the West Coast in 1993, Gehenna quickly became a name synonymous with violence, hatred and fear. Their sound blends the genres of Death, Black and Thrash Metal, adding the unrelenting barbarism of Hardcore with the “Fuck Off” attitude of classic Punk. Gehenna have been independent & will always stay independent. The music of Gehenna is the sound of the unending battles of life and death.

Negative Hardcore was recorded in the smoke filled caverns of The Crampton Crystal Compound in the first days of July 2015 and mastered in 2021 by Dan Lowndes. It was engineered by Robert Orr overseen by Jimmy Short and directed by the watchful eyes, attentive ears and controlling hands of Drugs and Alcohol. All songs written and performed by The Infamous Gehenna.