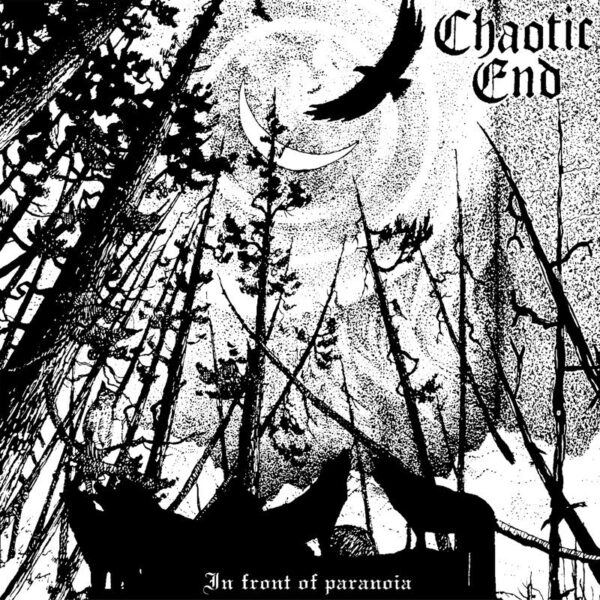 Another classic rereleased! CHAOTIC END formed in 1989 were the greek answer to AMEBIX and played a similar style of ultra heavy, atmofearic but shredding political crust and hardcorepunk. In my opinion they were one of the most convincing bands of that genre. This is their one and only vinyl-output they did in 1993 on Wipe Out Records. It captures the band on their high-point after two already excellent demo-K7s.

On here the 3-piece deliver 9 songs of extraordinarily good Crust-Metal – 3 long brooding bits on the A-side followed by 6 heavy galloping anarcho-crust pieces with harsh and raspy vocals on the B-side.

Music that makes no prisoners influenced by bands such as Amebix or Axegrinder on one- and Doom or the good old swedish mangel of the early 1980ies on the other end forged together to something on their own.

1996 they sadly ceased to exist. In 2014 after 18 years of silence they picked up their arms again and played a convincing live-set – more to follow! Here’s their classic and sought after LP finally available again.

Available as regular ‘Black Vinyl’ pressing only
Licensed from Wipe Out Records.