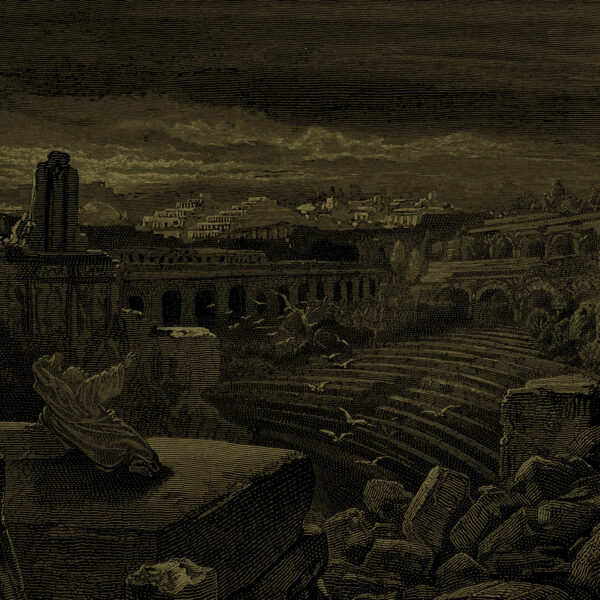 Bong’s debut full-length, this has been long unavailable and I thought it was long-overdue to see it come out on vinyl given recent reissues of their other records.

This is Bong as I remember them when they first started out; there’s a primitive, sparse and lonely sound to the first tune, The Stone Mountain”. It’s almost a continuation of bass player/vocalist Dave Terry’s previous band – the masterful Trollman Av Ildtoppberg – and is a mysterious, stoned-out hymn to lost and forgotten spirits, resplendent with some wild 70s Japanese psych soloing.

Second track (and side) Bethmoora in contrast is an 18-minute stoner meditation: led by sitar this is total kosmiche music, proof that Bong are infulenced as much by the late 60s Krautrock scene (particularly Popol Vuh, Gunter Schickert, Klaus Schulze, Tangerine Dream etc) as they are by Sleep and Hawkwind. Drop out!

Taking up an entire LP is their hypnotic cover of Pink Floyd’s “Set The Controls For The Heart Of The Sun”; building up over the course of some 20 minutes from silence, it’s a masterful display of repetition and trance, with thunderous, booming vocals and white noise guitar solo wipeouts from Mike Vest. Genius!

Everything’s been remastered specifically for vinyl by Adam Richardson of Ramesses/11Paranoias and sounds the absolute business. Heavy duty.

Very chuffed to be doing this as Bong have been one of my favourite bands for many years now and I’ve known them all from putting them on and being down in Newcastle etc for many years, so it feels like it’s come full circle to get this out there!

This is a VERY expensive release to do so I very much appreciate all pre-orders. Don’t make me sell any of my own records again please! I realise that parting with your money some time before a release is a big thing to do so I’m trying something a bit new here, selling them a bit cheaper as a bit of a reward to those who have the faith in At War to deliver the goods!