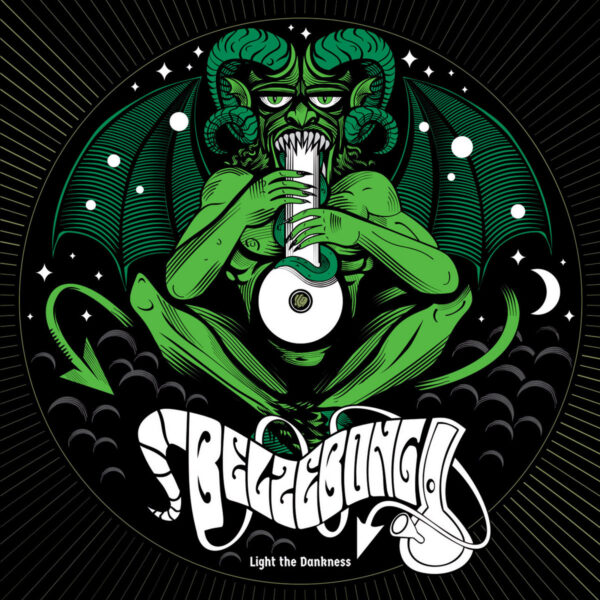 Light the Dankness is the latest Belzebong album, released in 2018. We are very stoked to present you the repress of this amazing record with brand new coloured vinyls !!!

The release, which is vocalized only with periodic samples, is nonetheless able to convey its sensibilities not only through its titles, but through the bare riffs and grooves themselves.
“Pot Fiend” rounds out side A with nine and a half minutes of filthy swing, pitting slow-motion shuffle and massive riffing against each other and seeing who wins en route to its final crash and fading feedback, and another sample begins “Doperganger” on side B. The second half of Light the Dankness is longer than the first, with “Doperganger” at 7:50 and “Roached Earth” at 12 minutes flat, but the method is largely the same: Riff unto oblivion. “Doperganger” picks up the tempo somewhat from “Pot Fiend” in a kind of winding central progression born of a dirtied-up Sleep influence, but they tool around with it effectively throughout and seem to explore the reaches where the song might go, a solo arriving after five minutes in just as the song seems to start tearing itself apart. A longer sample emerges as they pull it back together and trash their way into a stretch of silence preceding “Roached Earth.” (The Obelisk)