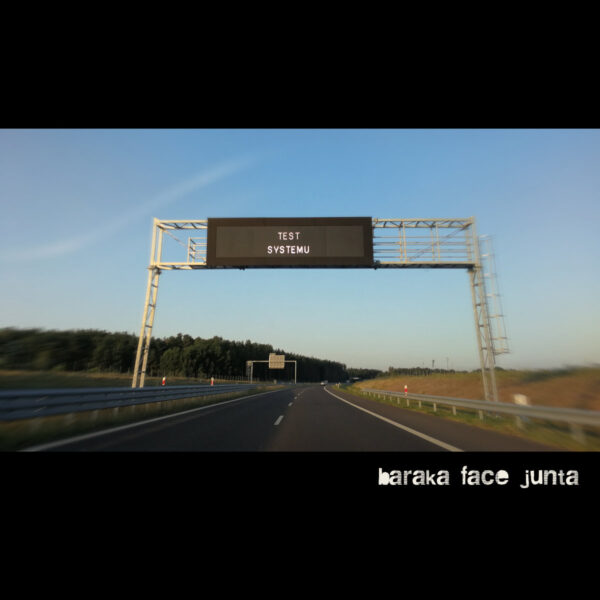 These 10 tracks were recorded during lockdown, some time between January 2020 and April 2021. However, most of these songs were performed live well before pandemic. Some are even 6 years old or more. Such as ‘Kto Ostatni’, which was written when our previous drummer went away abroad for few months some time between 2014 and 2015 and we formed for that time a side project named Fender Gender.
There is also Promocja, which is a cover of Instrumentalny from 2005 by Stracony, that some of us were members of. This time the song is equipped with lyrics.
So, there is a slight chance you could have heard these songs before, if you had seen us live. Although, this is a first album since 2016,
after some members shifts in the band .
Marek, previously our bassist, replaced Sadi (albums: BFJ, Jak Ogien, Bunkier 13). Szymi swapped guitar for bass, to fill the gap. Kaśka and Grzesiek continue the same, in order, vocals and guitar. And our long time friend, who Szymi was in the Pronicol B band, from early Stracony era, Roger, joined the force to fulfill mid/low spectrum with a saxophone.

This is 100% DIY project, that we hope you will enjoy. We sing in Polish, but all the lyrics in English are posted right beneath each song