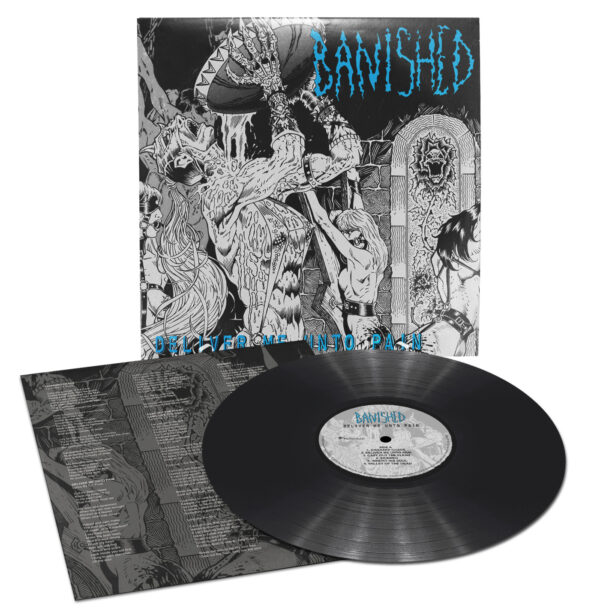 BANISHED – Deliver Me Unto Pain LP

Banished’s 1994 slice of brutal Death Metal presented on the vinyl format.
Banished formed in Buffalo New York in 1987, initially under the name of Baphomet, and belonged to the early prolific generation of US death metal, beginning with their ‘Morbid Realities’ demo in 1989, & then the ‘The Dead Shall Inherit’ debut for Peaceville in 1992.
Baphomet developed a strong profile alongside fellow New Yorkers Suffocation and Immolation for shaping the brutal end of the death metal spectrum in the early 1990’s when the scene was truly flourishing, followed by a name change to Banished on the run up to the band’s second album.
Retaining the same line-up, Banished entered Mark Studios in spring 1993 to record the ‘Deliver Me Unto Pain’ album, which was released by Deaf/ Peaceville Records in 1994 before Banished finally disbanded in 1995. A fitting follow-up and a fine example of no-nonsense relentless brutality, the album was warmly received in extreme metal circles & as a result Banished/Baphomet remain a cult act to this day.
The controversial cover was created by notable comic artist Tim Vigil. This 2018 vinyl edition contains the original artwork.