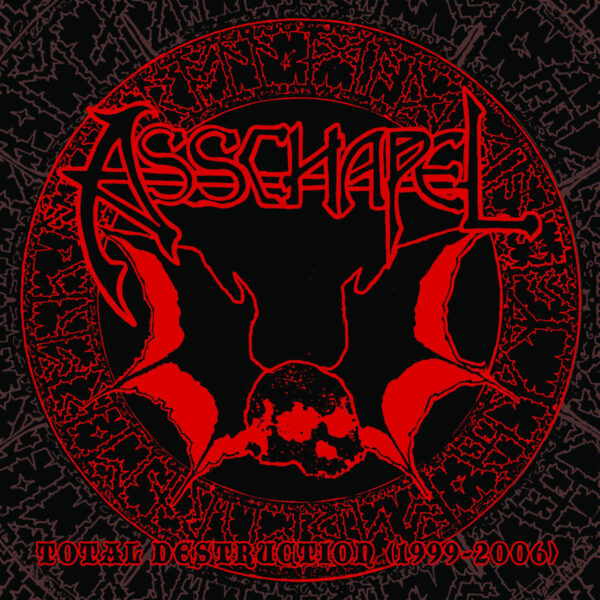 At turn of the 21st Century a Chapel of Ass arose from the buckle of shit known as the bible belt, Nashville, TN. Built upon the crushed dreams of many aspiring country singers off music row, some local TN dudes accidentally formed the satanic thrash rock juggernaut ASSCHAPEL…Only to find themselves self destructing into hell 7 years later without a trace… Behold the only remaining relic of their existence with these 31 wretched tracks of TOTAL DESTRUCTION (1999-2006)! Includes 13 song “Live Through Destruction” DVD