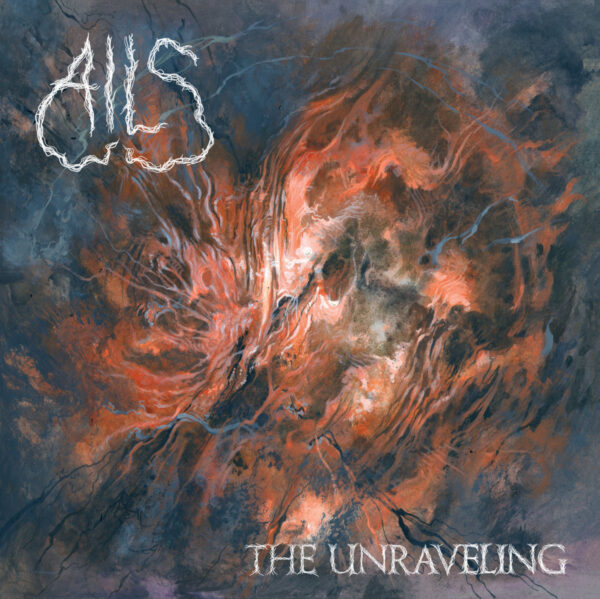 “Ails beautifully synthesizes melancholy melodic death metal, stately doom, and atmospheric black metal, teasing every iota of intensity from each individual note and capitalizing on Shanaman’s vocal might to hammer it all home—an effect that’s further magnified whenever Cather joins her on the mic in deadly, elegant concord. The riffs here are knotty, often looped together in tight harmony, and supremely melodic, colored by a dark, sooty gloom that recalls Ludicra’s paeans to urban blight. The overall effect leaves a listening wanting more (especially when Shanaman lets loose her harsh, rippling, primordial wail—how I’ve missed it!).”
(Noisey)
________________________________________________________

After Bay Area avant-garde cornerstones Ludicra called it quits in 2011, most of the band continued with their other musical endeavors, but former vocalist Laurie Shanaman and guitar player/vocalist Christy Cather haven’t resurfaced in a big way until now.

Ails marks the return of Shanaman and Cather to center stage. In 2015 the duo’s desire to play the music they love brought them together with like-minded friends Sam Abend (Abrupt, Desolation), Colby Bryn (2084, One In The Chamber), and Jason Miller (Phantom Limbs). The Unraveling, Ails’ epic debut album, is more than just the ghost of Ludicra. It stands firmly on its own, offering an intense synthesis of raucous black metal and melodic death metal driven by the formidable dueling vocals of Shanaman and Cather. These are songs of despair, heartache, inner torment, and physical and mental suffering that make an immediate and lasting impression.

Be the first to review “AILS – The Unraveling LP” Cancel reply