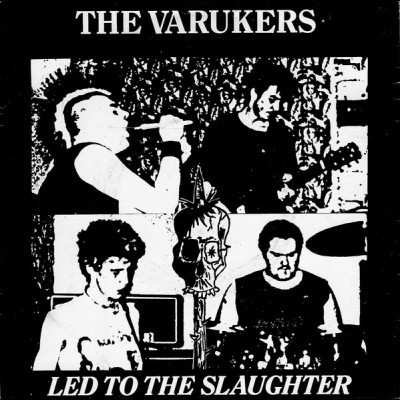 VARUKERS – Led To The Slaughter EP

Originally released in 1984 on Riot City, three tracks of unrelenting hardcore punk moving more towards the sounds of the Another Religion Another War era. Like Discharge, the Varukers pushed to a harder more powerful sound with more leads and guitar wails, but always staying firmly rooted in the world of punk rock and not veering as far into the territory of metal. Huge riffs, raw beats, pure rage.