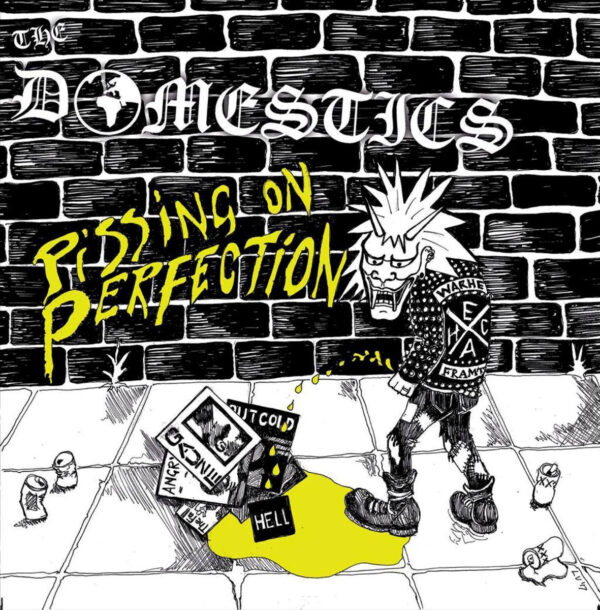 THE DOMESTICS – Pissing on Perfection EP

6 song 7 E.P. of covers by The Domestics (on clear/yellow ‘piss splatter’ vinyl).