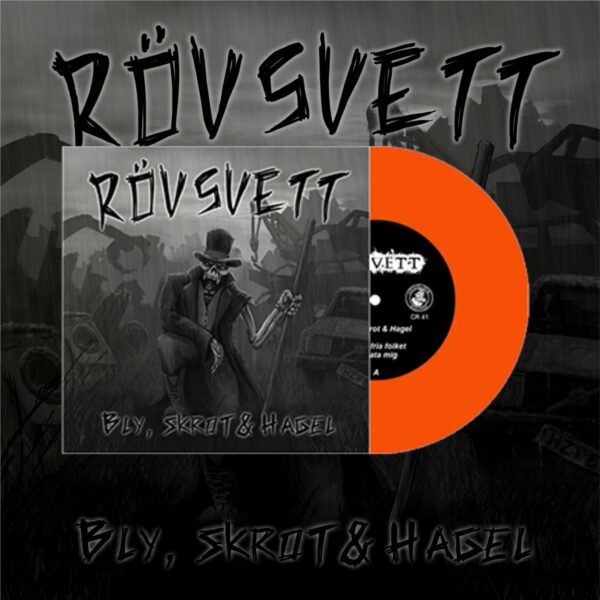 New 9th EP from swedish hardcore / punk legends Rövsvett. Recorded during autumn 2017 in Studio Underjord. This is the strongest and maybe the best material so far. Established in 1983! And in 2018 still great as hell. Some band members were in 16 Blåsare Utan Hjärna – which is not so well-known swedish punk band from 80’s. After great splits with Posion Idea and The Bristles here you have another great new recording!

Altogether 500 copies will be pressed (300 copies on Black vinyl, 100 copies on Orange and 100 on Grey vinyl). The co-releasing partners will have copies of each colour, all copies will come in a b/w glued pocket cover and an extra lyric sheet.