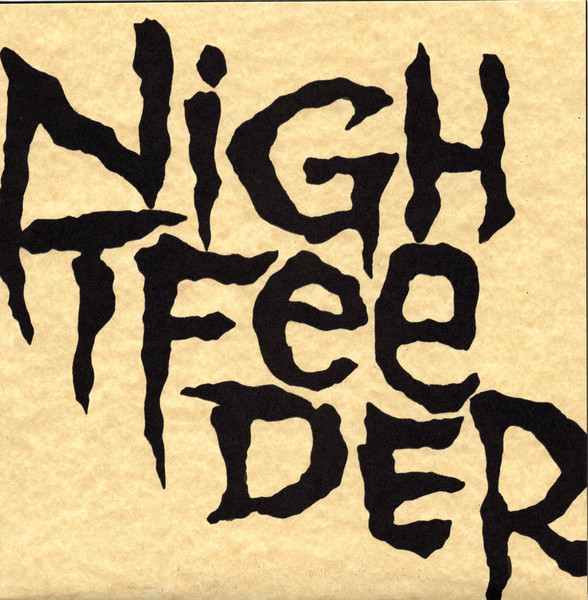 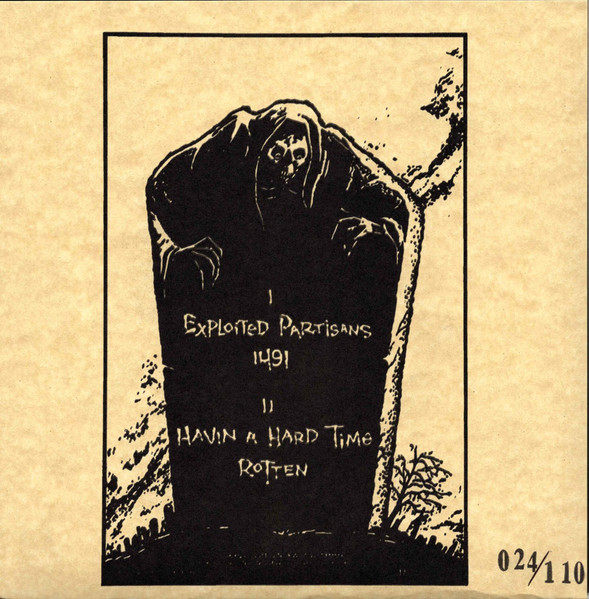 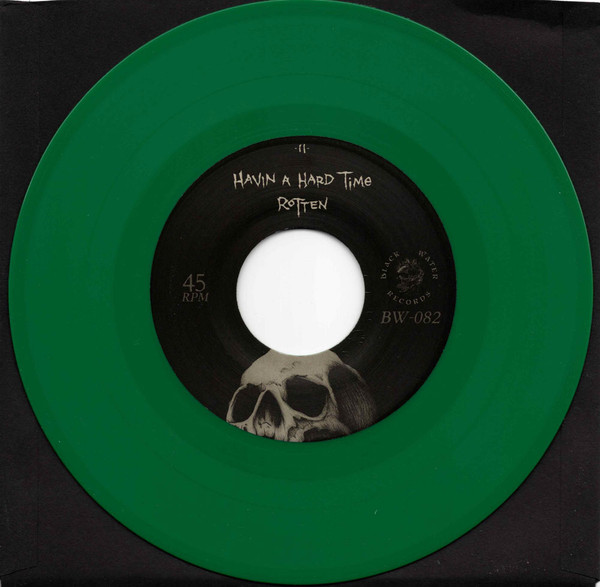 Debut 7″ from this d-beat / hardcore band from Seattle.

Our take: We loved Nightfeeder’s first cassette here at Sorry State, so we were eager to hear this vinyl debut on Black Water Records, which offers re-recorded versions of two tracks from the cassette alongside two new ones. The comparisons I threw out for Nightfeeder’s cassette were Judgement and Criminal Trap-era Anti-Cimex, and those both still feel spot-on, though the two new tracks lean a little more toward Judgement’s grandiosity. I love the way “1491” comes to a full stop before building to its epic guitar lead, and the rocked-out main riff to “Havin a Hard Time” could have been penned by Zigyaku himself. “Rotten,” though it also appeared on the tape, is a great closer, alternating between blistering early Cimex-style rippage and catchy metallic riffing. Avoiding the self-consciously raw sound favored by a lot of current bands, I’m glad to hear Nightfeeder put their skill and power in the foreground, since the fuller production works great with their anthemic, fist-pumping sound. Too many bands with a sound that was too slick and too metallic made a lot of us sick of this style in the 2000s, but Nightfeeder gets everything right on these four tracks.