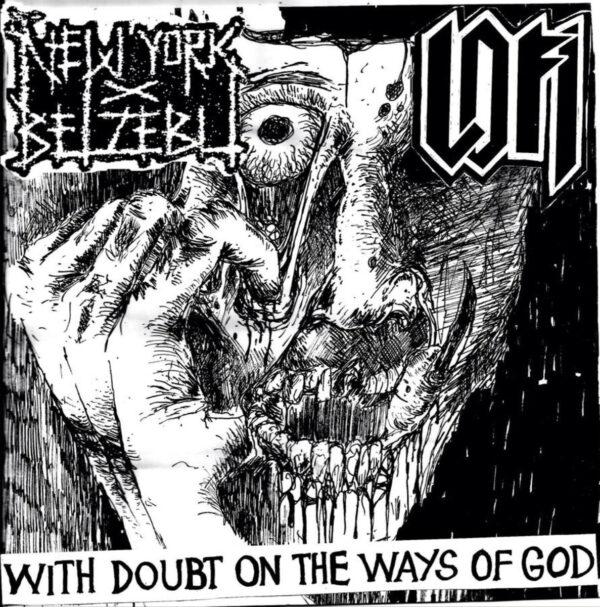 After the Lotus Fucker/Sete Star Sept/New York Against the Belzebu gig in Sao Paulo, Rogerio and Nelson came to me and said they had a great idea…

New York Against the Belzebu are pioneers of Brazilian grind and were essential in creating the Brazilian noisecore/grind scene as it is today. Who else was making Brazilian pressings of Meatshits records in the mid-90’s, you know? These guys did a lot to bring Brazil to the world of grind, and bring the world of grind to Brazil. Their side is 15 tracks of a straight-forward variation on their style of noisecore. No wacky instrumentation here, just unadulterated noisecore chaos.

Lo-Fi are Brazil’s baddest rock-and-roll cowboys and are my hardcore brothers until death. Rogerio explained to me once that a good band should reinvent themselves every couple of years”, and Lo-Fi has run the gamut from GG Allin-influenced scum punk to skate rock to raw garage love songs to psych rock. I’m gonna guess that our crazy noise bullshit rubbed off on Rogerio while he was driving Lotus Fucker and Sete Star Sept on tour, cause now Lo-Fi is going in their most raw and aggressive direction yet, with 5 of their shortest/fastest/loudest songs to date. In years past, this would have belonged on 625 Records.

Art by the esteemed Lobo Rameriez.