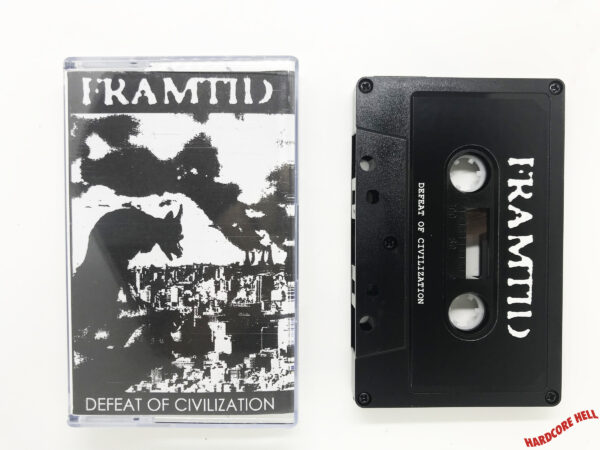 Defeat of Civilization” is everything you would expect from FRAMTID. 10 tracks of crushing Japanese hardcore heavily influenced both by the sound and ideas of early Swedish hardcore but pushing to sound to the edge. Mega distorted guitars, deep vocals and the most solid yet dynamic rhythm section you’ll ever witness are FRAMTID’s trademark as well as are their lyrics full of hope and their stark black and white graphics. This cassette was released during their tour to South East Asia.